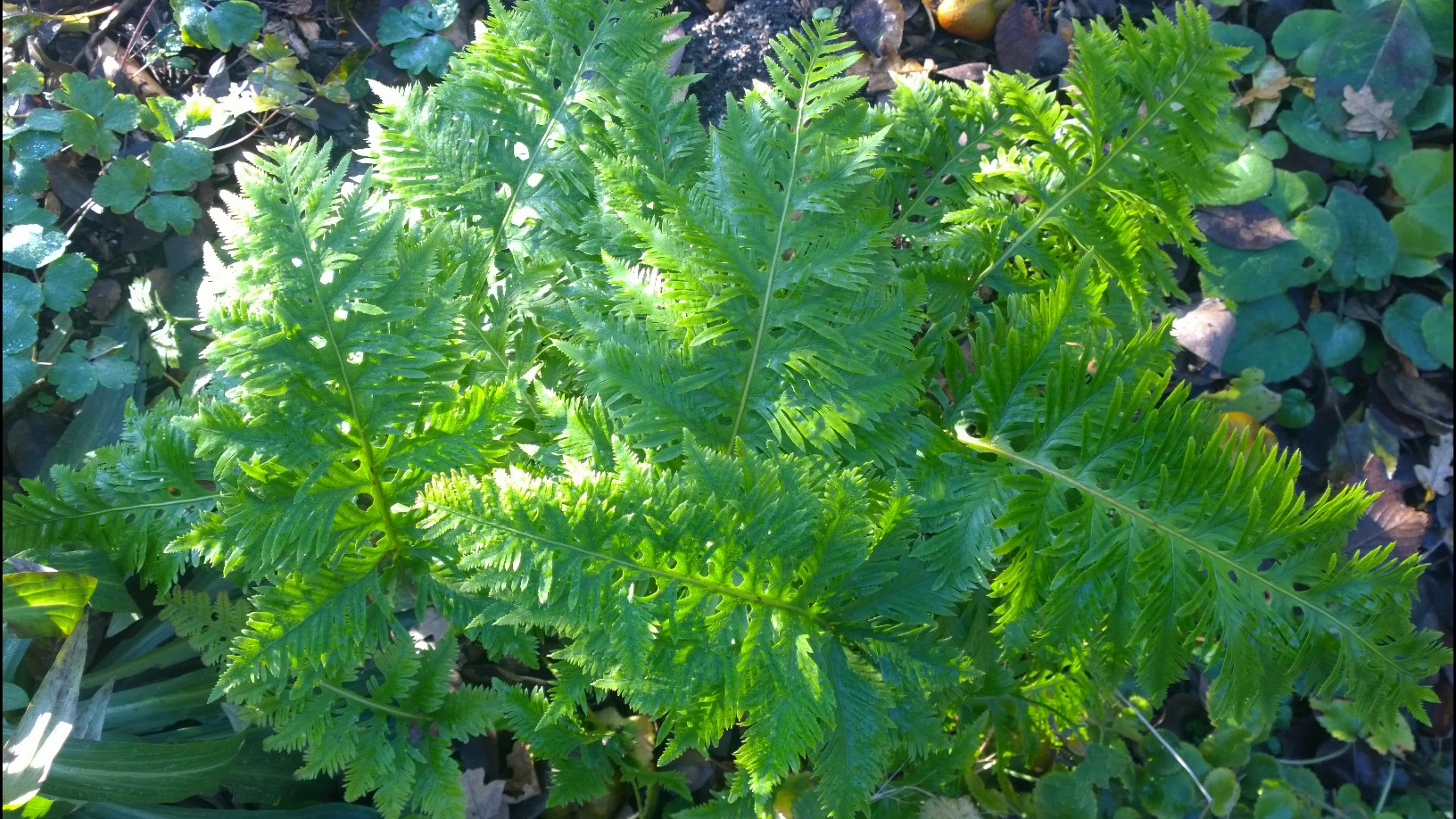 Around about the time that Vermeer was finishing his painting ‘The Astronomer’, and in the year that Spain recognised Portugal as an independent nation, a man named Richard Kayse from Bristol discovered this beautiful fern growing on limestone cliffs near Cardiff.

Two centuries later it had disappeared from cultivation, and it was not until another 200 years had passed, in 1980, that fern expert Martin Rickard set out with a pair of binoculars and rediscovered it in the exact same spot, in an area which is now an SSSI: Site of Special Scientific Interest.

This beautiful, slowly spreading fern is easy to grow even in quite dry soils, and as polypodium do not really start to make new growth until late summer, they then reward us with their fresh green fronds at a time of year when everything else is looking a little tired.

Being sterile, the only way to propagate it is by division, (polypodium means many little feet which makes this quite easy) so my polypodium, whose shimmering green foliage looks so stunning during this rather dark and dreary month, is directly descended from that original plant![jetpack_subscription_form title=”The3Growbags” subscribe_text=”If you’d like to keep up to date with the3growbags gardening chit-chat just pop your email address in here” subscribe_button=”and click!”]